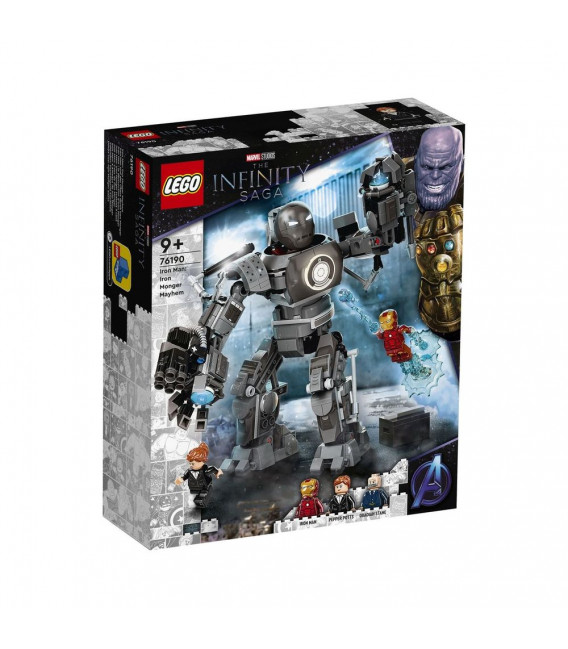 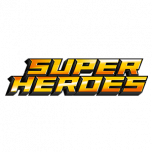 Gigantic Iron Monger mech
Based on classic scenes from the first Marvel Studios' Iron Man movie, this exciting and engrossing construction toy launches kids' imaginations into epic adventures with one of Marvel's most iconic creations – the Iron Monger mech. The mech's arc reactor glows as kids twist, turn and adjust the mech's position to fire a 6-stud shooter on the right arm, and a 3-stud shooter on the left arm. Kids can retaliate using Iron Man's power blasters to rescue Pepper and defeat the mechanical monster.

• With its movable limbs and cool weapons, LEGO® Marvel Iron Man: Iron Monger Mayhem (76190) inspires endless imaginative mech battles on a giant scale.
• Includes Iron Man, Obadiah Stane and Pepper Potts minifigures. The mech has a 6-stud shooter on its right arm, a 3-stud shooter on its left arm and a glow-in-the-dark arc reactor in its chest.
• Kids put the Obadiah Stane minifigure inside the Iron Monger mech then manoeuvre the mega, articulated robot in epic battles with Iron Man and Pepper Potts.
• Marvel movie fans and young superheroes aged 9 and up can be part of the superhero action with this awesome Iron Monger mech playset.
• The Iron Monger mech stands over 7 in. (18 cm) tall and features posable limbs and a working suspension that connects the body and shoulders to create realistic movement.
• There are more LEGO® Marvel mechs for kids to collect and combine to bring superhero movie action to life and inspire never-ending imaginative stories of their own.
• LEGO® components meet stringent industry standards to ensure they are reliable, compatible and connect and pull apart consistently every time – it's been that way since 1958.
• LEGO® components are dropped, heated, crushed, twisted and analysed to make sure they meet rigorous global safety standards.