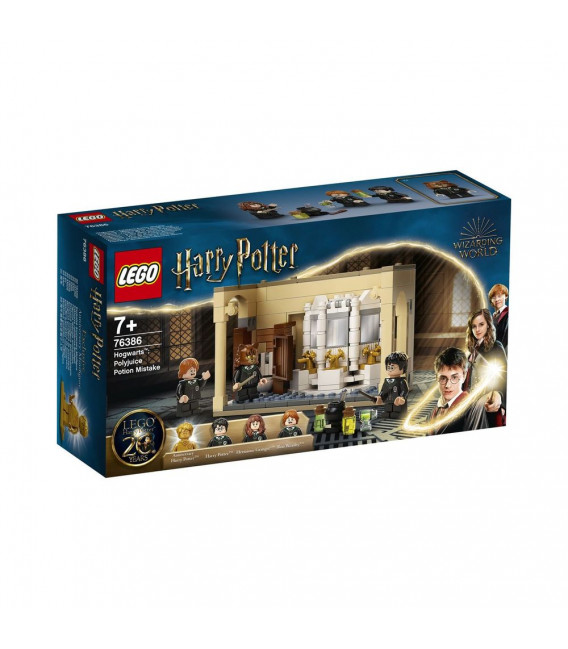 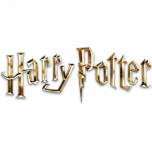 Minifigure makeovers with Polyjuice potion
Young witches and wizards join Harry Potter, Ron Weasley™ and Hermione Granger™ as they brew powerful Polyjuice potion. Drinking it transforms the characters into Vincent Crabbe and Gregory Goyle, which kids achieve by turning the minifigures' heads to reveal an alternative face and adding a different hairpiece. The magic can go awry, however, such as when Hermione transforms into a cat! There are other surprises too: an exclusive, golden, anniversary Harry Potter minifigure; 2 random wizard card tiles to collect; and a secret tunnel beneath the sink. When this set is combined with LEGO Harry Potter Hogwarts Cha

• LEGO® Harry Potter™ Hogwarts™: Polyjuice Potion Mistake (76386) has got it all: popular characters, imaginative features and enchanting adventures – all set in a famous Hogwarts location.
• Includes Harry Potter™, Hermione Granger™ and Ron Weasley™ minifigures, a buildable Moaning Myrtle's bathroom and authentic accessories.
• Exciting features, such as transforming minifigures and a secret passage, help kids recreate an iconic scene from Harry Potter™ and the Chamber of Secrets™ and dream up magical stories of their own.
• This versatile, buildable playset makes an ideal gift for young witches and wizards aged 7 and up. The magical mix of play possibilities means the imaginative adventures will never end.
• The set measures over 3 in. (8 cm) high, 5 in. (12 cm) wide and 2.5 in. (6 cm) deep and connects easily to LEGO® Harry Potter™ Hogwarts™ Chamber of Secrets (76389) to double the fun.
• This toy is one of a series of authentically detailed, modular sets that kids can build, combine and rearrange to create their own Hogwarts™ Castle model.
• Includes an exclusive, golden Harry Potter™ minifigure to celebrate 20 years of magic with LEGO® Harry Potter. Also includes 2 random wizard card tiles for kids to collect (16 in total).
• LEGO® Harry Potter™ toys contain favourite characters, amazing creatures and familiar locations from the popular movies. They're an ideal gift for any child wanting to be part of the movie magic.
• LEGO® s satisfy strict industry quality standards to ensure they are consistent, compatible and connect and pull apart perfectly every time – and it's been that way since 1958.
• LEGO® components are dropped, heated, crushed, twisted and analysed to make sure they meet rigorous global safety standards.

15 other products in the same category: